On Monday, October 8, 2018, Michael became the 7th named Atlantic Basin hurricane of the season and would be the first major storm to hit the Florida panhandle is Hurricane Dennis in 2005. With anticipated winds of over 100 miles per hour, Florida Governor, Rick Scott declared a state of emergency in over 26 Counties.

On September 14, 2018,  the UNCA began is a response to Hurricane Florence by coordinating targeted efforts with multiple municipalities throughout North and South Carolina. The UNCA has quickly reassembled its Rapid Response Team to provide a response and recovery-level support to those impacted by Hurricane Michael. On October 14, 2018, the UNCA deployed over 7tons of food and supplies throughout Gulf, Liberty and Gadsden Counties, along Florida's panhandle.


Phase One: From October 8, 2018, through October 31, 2018, the UNCA coordinated with local officials to deliver food, resources and logistical support. The UNCA successfully established distribution channels throughout the Florida panhandle and neighboring areas and is narrowing its focus to identify underserved populations within the impacted regions. 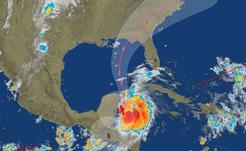