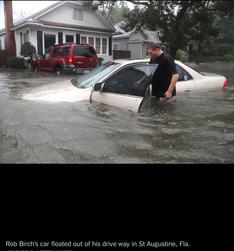 Hurricane Matthew is likely one of the strongest hurricanes to impact the Caribbean and the Southeastern United States within the last decade. The storm has registered as the first Category 5 Atlantic hurricane since Hurricane Felix of 2007. Matthew formed from a vigorous tropical wave that slowly moved off the African coast on September 22, 2016, on a westward track until developing into a tropical storm as it was situated just to the East of the Leeward Islands on September 28, 2016. One day later, Hurricane Matthew rapidly strengthened into a Category 5 hurricane as it impacted the Caribbean on its way towards the Southeastern coast of the Continental U.S.

After completing a successful month-long effort to restore those affected by the Baton Rouge flood, the United Nations Chaplains quickly reassembled to respond to those impacted by Hurricane Matthew. Relief efforts extended to areas of Northeastern Florida, South Carolina, and North Carolina (Robeson County) that were also affected. In partnership with the American Red Cross, FEMA and the Tree of Life Food Bank (www.themissionscenter.org), the UNCA mobilized with crisis trained responders to assist with the sustainment and recovery efforts associated with Hurricane Matthew in two phases:


Phase One: During Phase One, from October 5, 2016 through October 14, 2016, the UNCA provided shelter, food and community restoration efforts to those impacted within the South Florida region. The UNCA partnered with the Tree of Life Food Bank, The American Red Cross, and The Lion’s Den Missions Base to provide on the ground support during Phase One. The UNCA led Rapid Response Teams’ streamlined efforts through community leaders to deploy concentrated resources to the community level.


Phase Two
During Phase Two, from October 10, 2016, through October 14, 2016, the UNCA  expanded to support residents throughout Northern Florida (Melbourne, St. Augustine, Daytona, and Jacksonville) with the provision of tangible goods, emotional, and spiritual care during their transition.

During Phase Three from October 14, 2016, through November 1, 2016, the UNCA deployed to Lumberton, Red Springs, Maxton and "Thunder Valley" North Carolina deploying tangible goods to over 4,000 residents.

On November 2, 2016, the UNCA launched its Social and Economic Redevelopment to provide distressed communities with progressive technology, educations, and economic opportunities. The UNCA is continuing the effort to prepare local governments with strategies and resources needed for Disaster Mitigation. 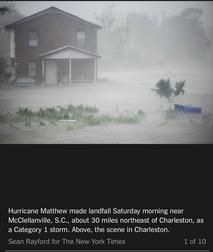 UNCPA members responding within 5 hours notice of the South Florida water shortages prior to Hurricane Matthew. 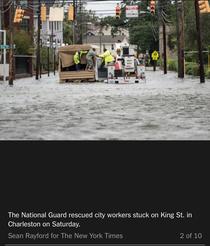 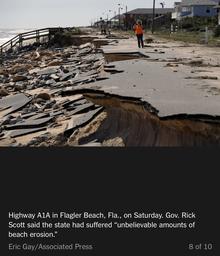 The Effects of Hurricane Matthew