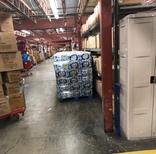 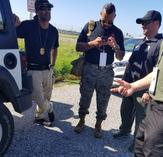 0On September 19, 2017, Hurricane Maria made landfall in Dominica as a Category 5 hurricane before moving on to devastate Puerto Rico and neighboring islands. In the wake of Hurricane Maria, the small island of Dominica was destroyed and Puerto Rico’s 3 Million American citizens rendered almost entirely without power. Initial reports estimated that 80% of island’s transmission lines (which deliver power from the energy plants) have been incapacitated, with substantially all local power lines (facilitating to residences/business) being destroyed as well.

From September 9th-25th, the UNCA coordinated over 800,000 pounds of food and resources throughout 20 Florida cities including Bonita Springs, North Miami, Pompano Beach, Avon Park, Lake Placid Lehigh Acres, Dunbar, Jacksonville, and many others. The UNCA through its network of emergency management agencies, local and federal officials along with over 2000 faith-based centers provided real-time data to the American Red Cross, Salvation Army, and other agencies ensuring support reached those who need it the most.

Phase One: From September 25, 2017, through October 31, 2017, the UNCA coordinated with local officials to deliver food, resources and logistical support to those impacted in Puerto Rico and neighboring regions. The UNCA successfully established flight and distribution operations throughout the island, narrowing its focus to the smaller underserved populations within Puerto Rico.  Strategic partnerships have produced the allocation of cargo aircraft, warehousing and private passenger flights to ensure logistical efficiency.

The UNCA centered on the expansion of transportation, warehousing, and bulk distributions operations throughout South Florida and Puerto Rico to allow partner resources to enter the island. The UNCA led Rapid Response Team streamlined efforts throughout community leaders and national partners in both Florida and Puerto Rico to deploy concentrated resources at the community level. The UNCA leveraged its network to identify under-served populations.


Phase Two: From October 31, 2017, through December 31, 2017, the UNCA established Bulk Distribution sites and Multi-Agency Centers throughout the Central and Southern portions of the island of Puerto Rico. On October 14, 2017, the UNCA created bilateral-synergies with officials assigned to the disaster relief efforts from the U.S. Coast Guard, Department of Homeland Security, Air Force, island municipalities and local business operators. The strategic partnerships resulted in streamlined transportation logistics, security, increased distribution channels and thousands of warehouse square footage located throughout the island for use by UNCA and partners. 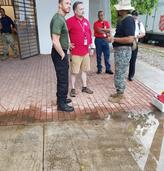 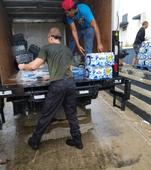