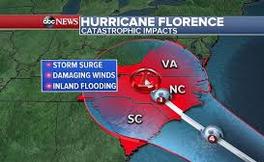 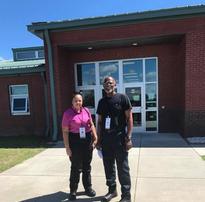 The 2017 Hurricane season is likely to be remembered as one of the most devastating periods in United States history. The wakes of Hurricanes Harvey, Irma and Maria can still be felt throughout the Southeastern United States and the Caribbean. During the 2017 hurricane season, the Tree of Life Food Bank and its partners coordinated and delivered over 2,000,000 pounds of food and resources throughout 20 Florida cities including Bonita Springs, North Miami, Pompano Beach, Avon Park, Lake Placid Lehigh Acres, Dunbar, Jacksonville, as well as, 8 cities in Puerto Rico.

On September 10, 2018, Hurricane Isaac became the 5th named hurricane of the 2018 season, as Hurricane Florence centered about 625 miles southeast of Bermuda, moving Westerly towards the Carolinas, with maximum sustained winds of 105 mph.  In response, the UNCA, through its network of emergency management agencies, local and federal officials, along with over 2000 faith-based centers, will leverage real-time data to ensure support reaches those who need it the most.

Phase One: From September 14, 2018, through October 5, 2018, the UNCA coordinated with local officials to deliver food, resources and logistical support to those impacted in the Carolinas and neighboring regions. The UNCA successfully established distribution channels throughout the Southeastern U.S. and is narrowing its focus to identifying smaller, underserved populations within the impacted regions.

The UNCA is provided

The UNCA will provide: