As evidenced by Hurricane Michael and Hurricane Florence, the 2018 storm season saw its fair share of severe weather, delivering 15 storms and eight hurricanes.  To support those impacted by the 2018 season the United Nations Chaplains Association (UNCA) deployed over 7 tons of goods and resources to Florida’s Gulf, Gasden and Liberty Counties. On August 29, Hurricane Dorian became the 2019 season’s first major hurricane, intensifying to a Category 5 hurricane with sustained winds of over 185 miles per hour, hovering over the Bahamas as it inched towards Florida’s east coast. In response to the threat, the Governors of FL, SC, and NC declared a state of emergency throughout vulnerable counties in their respective State.


On August 28, 2019, the UNCA mobilized a response to Hurricane Dorian by coordinating targeted efforts with FEMA, State VOAD's, and its interfaith network to provide response and recovery-level support. On September 2, 2019, the UNCA began establishing logistics to support response-level throughout Bahamian islands.


Phase One: From August 29, 2019, through September 9, 2019, the UNCA coordinated with local officials to deliver food, resources and logistical support. Headquartered in Fort Lauderdale, Florida, the UNCA successfully established distribution channels throughout the Florida panhandle and neighboring areas and is narrowing its focus to identifying smaller, underserved populations within the impacted regions.

Phase Two: From September 10, 2019, through December 31, 2019, the UNCA provided various recovery-based initiatives including: 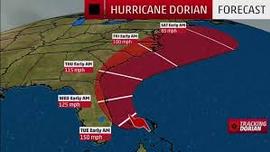